Perth Glory striker Daniel Sturridge went down memory lane as he remembered his stunning strike during the Premier League clash with former club Chelsea at Stamford Bridge in the colours of Liverpool. Daniel Sturridge took to his official Twitter handle to reminisce on the goal just before his former teams met at the same venue earlier this month. 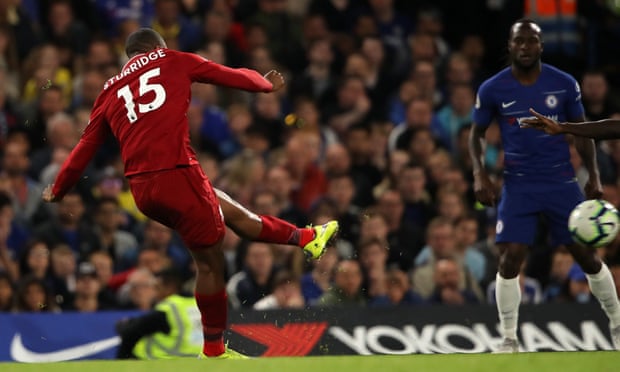 During the league meeting between hosts Chelsea and Liverpool three years, Daniel Sturridge scored a stunner in the last minute of the game to rescue the Reds from defeat after Belgian playmaker Eden Hazard had given Chelsea the lead in the first half. The late goal from Sturridge ensured that the two teams settled for a 1-1 draw.

Sturridge was a regular goalscorer for Liverpool whenever he's fit until his time at the club ended in 2019. Injuries didn't allow him fulfil his talents wholly at Liverpool whom he joined from Chelsea in January 2012. His best season for the Reds was when he scored 21 league goals during the 2013/14 season. He was the second highest goalscorer behind Luis Suarez (31 goals) as Liverpool came close to winning the Premier League title that season before they were piped to it by Manchester City in the last few games.

For the latest meeting between Chelsea and Liverpool at Stamford Bridge in the league, the two teams shared four goals in a game that ended in a 2-2 draw. Liverpool would be incensed after they let a two-goal lead slip to draw the game.